Greece and the economic crisis 2020 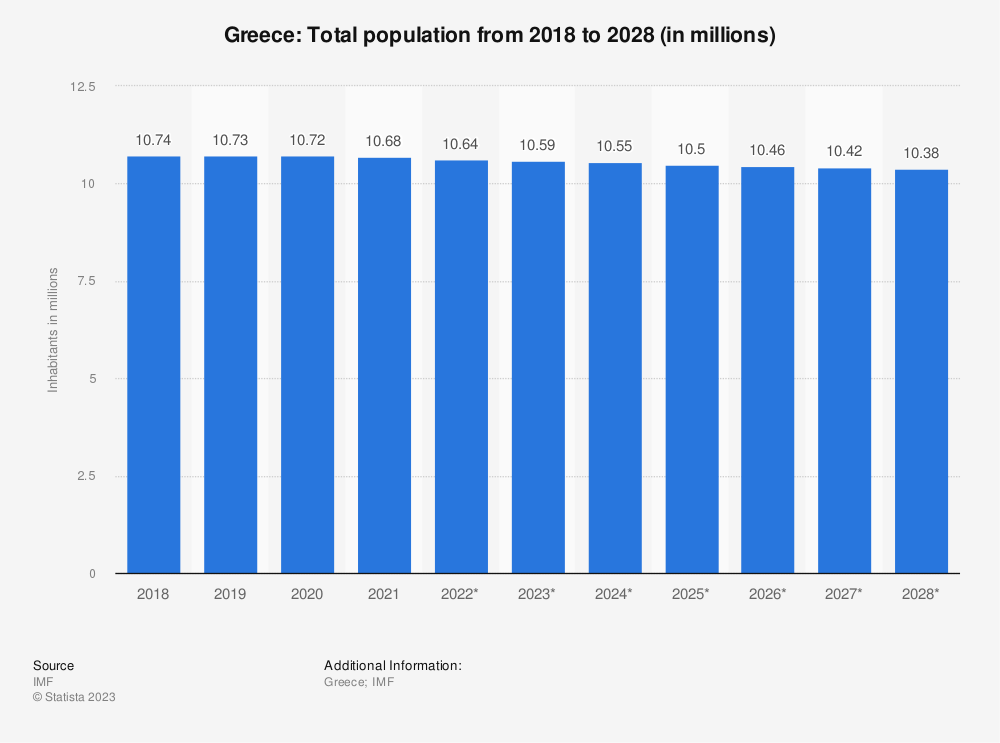 Story at UK Guardian [English] and at Newsweek [English]

October 19, 2018: Population decrease on the horizon

Another report on the negative numbers for future Greece demographics - Story at Greek Reporter.

"The Greeks are in a struggle for survival. And the odds are piling up against us ...Deaths are outnumbering births, people are leaving the country, and the population is aging so fast that in a few decades Greece may be unable to produce enough wealth to take care of its people..."

The anaylsis at the NY Times shows that the chief problem is that the aged population is now outnumbering working age people in many villages, and the problem is only due to get worse.

Article by Nikos Konstandaras focuses on how younger adults are choosing to only have one child (if any). Joining the EU has turned out to be a two-edged sword on more than just loan money and bank-book balances, as Greece has quickly shifted into the declining birth-rate norm of Europe.

However, Konstandaras does hold out two aces in the Greek back pocket: a loyal diaspora that funnels wealth back home, and a hoped for imigration reform that allows an offset of incoming foreign immigrants.

The Trip to Greece - online streaming

The Trip to Greece - Steve Coogan and Rob Brydon reunite in Greece for the fourth installment of THE TRIP series in a delightful odyssey of gut-busting comedy.

Andros: The Little England of the Cyclades - AMAZON

Travelling to Greece in 2020 - the rules (updated)

Updated July 15, 2020: US Embassy COVID19 page covering travel to Greece Scroll down and review the "Entry and Exit Requirements"

Greece mandates Covid-19 tests for arrivals from a range of EU countries, including France, Italy, the Netherlands and Spain, with self-isolation until results are known.

Italy has continued a block for all countries except those within the Schengen zone.

The Czech Republic is blocking visitors from Portugal and Sweden.